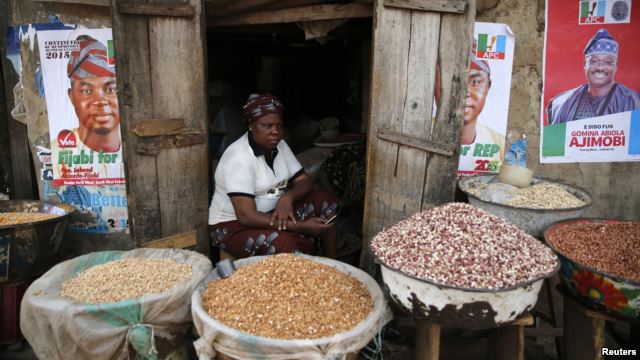 The World Bank says Sub-Saharan Africa’s economic growth will slow in the year 2015 due to the fall in the prices of oil and other commodities.

In a report released Monday, the World Bank predicts slow economic growth of four percent in 2015, compared to the previous year when growth was 4.5 percent.

The economies of these African countries will slow largely because of the fall of oil prices and other commodities according to the Africa’s Pulse author Punam Chuhan-Pole.

“Oil prices have fallen by 50 percent since mid 2014 and it is not only oil, it is also prices of other commodities such as iron-ore and copper and agricultural commodities. Africa is a net exporter of primary commodities, so a sharp decline in prices is weighing very heavily on terms of trade in the region,” she said.

“So governments have less revenue now to spend on both current expenditure, but also much needed public investment and in terms of things like social safety nets and targeted programs to help the poor,” said the author.

The World Bank economic report also says the Ebola outbreak in Liberia, Sierra Leone and Guinea highlights the overtaxed health systems of the three countries worst affected by the disease.

World Bank Chief Economist for the Africa Region Francisco Ferreira says the issue of violence and outbreak of deadly viruses like Ebola has a huge impact on the growth of some economies.

“These episodes are dramatic for growth and development. They create huge setbacks for growth wherever they take place. So they remain the issue of concern, the fragility in these areas and in these countries mostly affected is a source of concern for those particular countries,” said Ferreira.

According to the World Bank, it has delivered $15.7 billion in lending for more than 160 projects across the continent. The lending includes $10.2 billion in zero-interest credits and grants for the International Development Association.

The report stresses the need for structural reforms to ignite and sustain economic growth in all sectors to foster employment, cheap transport and energy.