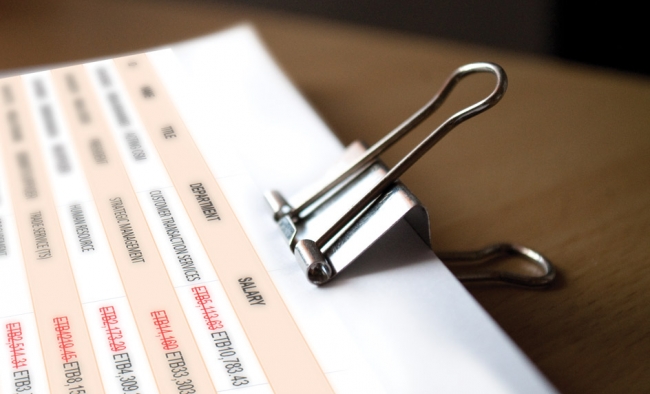 According to a study done by Wiki Wealth Capital, an American based Management institute, financial leverage, economics of scale and new services and technologies among others are the strengths and opportunities of Commercial Bank of Ethiopia (CBE), while high staff turnover along with work inefficiencies and other macroeconomic issues are identified as its weaknesses and threats.

Construction and Business Bank (CBB), another public financial enterprise has been experiencing the same problem. Natnael Feleke human resource officer at the Bank, along with his colleagues works to retain experienced experts of the bank. Their effort to retain these employees, with immense experience and good knowledge of the banking sector, is “frustrating” he told EBR. This happened because the benefit package in other banks, particularly private banks, has been attractive. This pull factor in addition to the low incentives at CBB contributed to the growing staff turnover at CBB.

The number of staff turnover at CBB which is not more than 3Pct seems very small and tolerable. But the peril of this migration is that the workers who are leaving are “the most important” professional and experts says Natnael. “Replacing them is very difficult and sometimes impossible.”

Understanding that strengthening of the human resource is central to its success CBE has commissioned the Frankfurt School of Finance and Management to prepare a human resource development strategy. The firm has developed a detailed competency gap including staff turnover, to be filled if the bank has to stay competent. “Based on the recommendations we are adjusting our policies and benefit packages to retain workers,” Simeon Assefa, Human resource directorate director at the bank said while referring to the recent salary increment the bank has made.

Similar salary increment has been made by other government owned financial institutions since July 1, 2013. The smallest salary of ETB681 has increased to ETB995 with a rise of 40Pct where as the biggest salary on the scale: 14,160 has become ETB33,054, with a 133Pct increase. The ETB14,160, which was the salary of the president of the bank used to be the smallest among financial institution CEOs in the country. Most private banks pay above ETB30,000 for their presidents.

Girum Tsegaye, vice president for Administration and Finance at United Bank told EBR, “United will not react just because government financial institutions have made increments in their salary scales and benefit packages. However the bank is now undertaking a study on the issue.”

A senior accountant, at Oromia International Bank, who requested to stay anonymous, has worked in one of the government banks for about ten years. She has moved to her new office six months ago. “The salary as well as the benefit packages I am getting here are much better” she told EBR. “Not only is the economic benefit but the working environment is also much comfortable.” She adds

According human resource researches low salary and benefit packages are among the main reason for staff turnover, especially in upward moving society like Ethiopia. Unfair treatments and unproductive relationships with superiors and colleagues, low career growth, workload and poor working environment are also among the prime reasons cited by employees for changing employers.

The movement of employees however isn’t confined from government institutions to the private sector. Staff turnover among the private sector is also visible. “Competition for high talent among the firms and the willingness of relatively younger but experienced employees to leave their employers could be the factor,” says Bantie Worku a lecturer at Addis Ababa University, School of Commerce.

Financial institutions, as they seem to have understood the benefit of pooling talented and experienced professionals, have been trying to establish a salary and benefit package that attract and retain competent employees. More than six banks have increased their salaries in the last two years alone. Awash International Bank has for instance made last year a salary increment of 40-120Pct.

Such a trend over the last few years has resulted in an unstable labor market, especially for middle and higher level experts, managers and IT specialists. As the paradigm of lifetime employment becomes unrealistic, the question ‘who stays with you?’ has assumed great importance in organizations today.

As the economy grows and the labor market offers increasing opportunities elsewhere, many dissatisfied employees in several institutions and organizations leave in search of economic benefits and more favorable work arrangements.

Social media technologies and online resources also make it easier for employees to compare what their current employers offer in the form of compensation, career development opportunities, and work environments with what is available elsewhere.

The failure to retain the most talented and productive employees, that drive the success of any organization, costs employers dearly. Simeon says “though the turnover rate at the bank is not at critical stage, losing experienced professional and experts particularly at managerial level and IT specialists will have impact on the institution.”

Last year alone about 423 employees left the bank voluntarily according to the director. Many of these staff goes to the private financial institution where a much better salary and benefit packages are available. The CBE is a government financial institution and there are government policies and strategies to bind it. “We can’t make involuntary changes and remedies anytime to compete with the private sector and retain workers” he adds.

Almost all of the presidents and managers in the private financial institutions are from CBE. These infant private finance institutes can’t find the human resources they need nowhere else except from the seasoned public financial institutions, mainly CBE. “Therefore when we see the issue from a national perspective CBE is contributing its share for the growth of the industry” Ephrem Mekuria, corporate communication directorate director adds.

“The salary increment may reverse the trend soon” says the official at the Government Financial Institutions Agency. “Last month alone many who have left these government institutions are applying for reemployment”, he adds.