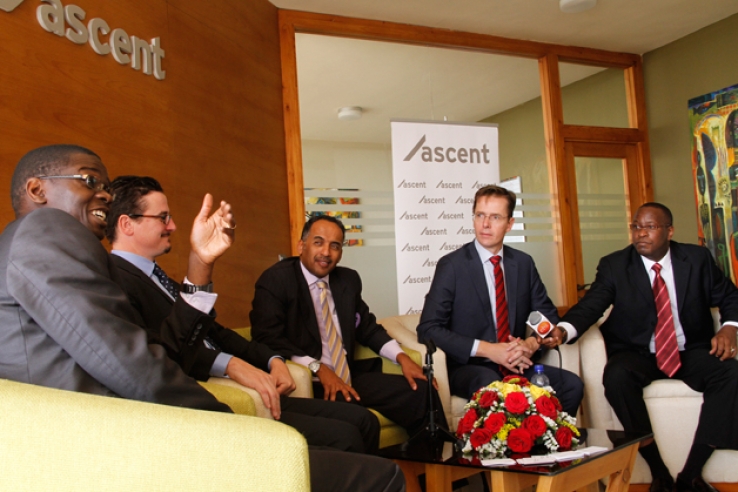 A new private equity firm based in Mauritius, Ascent Capital, is looking forword to financing local businesses including start-ups in Ethiopia.

The company on Friday officially opened its office in Addis Ababa in Abyssinia Mall near Bole Medhayialem Church. Lucas Kranck, managing partner, told Reporters that Ascent Capital has raised USD 50 million to be invested in Uganda, Kenya and Ethiopia. Kranck, one of the founders of Ascent, said his company is committed to invest 20 million dollars in Ethiopia over the next three years. The amount could be raised ten times in three years time.

The fund is based in Mauritius and has offices in Ethiopia, Uganda and Kenya. The fund will invest in mid-size companies with a minimum revenue of USD two million. “This could go as high as USD 10 million. We will have a ten-year lifetime to exist,” Kranck said. The fund’s life is ten years with a possible extension of two. The company hopes to repay the money to its investors within ten years’ time and exit from business.

“It is equity capital; it is not debt. We share the risk and the reward. We invest between USD 2-5 million per company. If everything goes well, which we hope it will, then we share the reward but if things do not go well we share the risk as well. And, of course, we target good dynamic Ethiopian entrepreneurs and there are many of them in this country,” Kranck said.

Michael Mebaselassie, principal and country director of Ascent Capital, said that the fast economic growth, political stability and huge population make Ethiopia attractive for investment. “Ethiopia has been registering a dramatic economic growth in the past years and there are attractive and promising companies to work with,” Michael said.

Ascent is interested in agro processing companies. Kranck said his company is interested in investing in agro processing companies such as dairy farms, juice makers and slaughter houses. The company also wants to get involved in the medical service sector including hospitals and medical laboratories. Ascent has already partnered with a medical laboratory in Addis Ababa called International Clinical Laboratory (ICL).