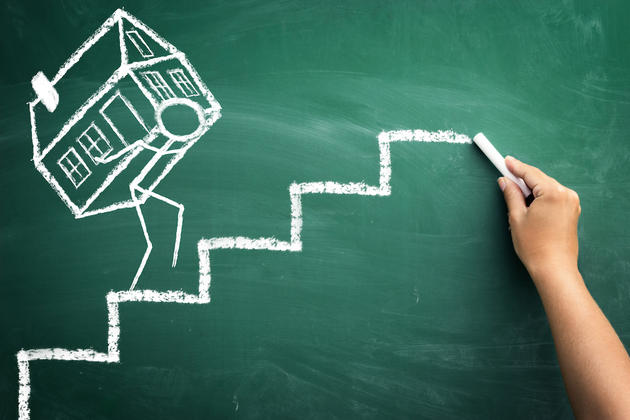 Steep rental fees are making it tough for prominent and fast-growing private banks to expand their enterprise. Strict regulations and increasing rental fees highlight the difficulty that private banks face in trying to grow the number of branches they operate throughout the country. EBR’s Samson Hailu explores the reasons why this problem has come about and what should be done to solve it.

The banking industry in Ethiopia has been changing rapidly during the past two decades. Many changes have happened both in the structure of the industry as well as modernization in the delivery of banking services to clients. Currently, changes in the form of branch expansion seem the order of the day in a bid to take banking service to all the nooks and crannies of the country.

However, the high cost of expansion especially the sky-rocketing office rent is challenging most private banks, particularly those with relatively low capital and asset bases.

One of the younger private banks that increased its branches massively in the last two years is Bunna International Bank S.C., which was established in 2009. Last fiscal year, Bunna, has disbursed loans and advances of 938.42 million birr and mobilized deposits of 1.55 billion birr.

“The expansion of branches is the main reason for staggering increase in loans, advances, and deposits,” Solomon Jebessa, Director of Economic Research, Planning, Monitoring and Evaluation at the bank told EBR. Currently the Bank’s branch reached 58 from 21 last year. “This, undoubtedly, affords us more access to the banking public,” Solomon added.

Indeed, last year the size of Bunna’s loans and deposits have expanded by 45.58Pct and 71.6Pct, respectively, when compared with 2011/12. However, the cost of office rent has expanded by 31Pct in 2012/13 to 9.5 million birr, which is 44.1Pct of the general and administrative expense and 22.5Pct of the total expenses of the Bank. “Despite the high cost of renting offices, Bunna preferred to go ahead with its plan to open more branches because we need to reach our customers,” says Solomon.

The tide is similar for most of the private banks. Lion International Bank S.C., which was a pioneer to extend the bank service hours to 11 hours a day and for six days of a week two years ago, managed to increase its branches to sixty. Until last fiscal year, the Bank, which was established in 2006, had 39 branches. Its office rent expenses also soared to 9.9 million birr last fiscal year, accounting 31.5Pct of the general and administrative expense as well as 14.3Pct of the operating expense of the Bank.

This is certainly a bad news for banks, especially for younger ones, since increasing the number of branches to mobilize deposits is now becoming compulsory in order to survive in the business, seriously shaken by a directive of the National Bank of Ethiopia (NBE) forcing private banks to hand over 27Pct of the loan they disburse to buy government bonds. In addition, the stiff competition in the industry also pushes to expand their reaches to potential clients.

As a response, commercial banks in Ethiopia have continued their plans to open significant number of branches across the country. The number of commercial bank branches in operation increased by 141.5Pct in the last three years from 691 in 2010/11 to 1,669 in 2012/13. However, the majority of the increase comes from the state-owned Commercial Bank of Ethiopia (CBE), which increased its branch network from 417 at the end of 2010/11 to 820 currently.

Apparently, for private banks, branch expansion has become a question of survival in the banking sector in which the state’s giant CBE is opening branches every other day, on average. Despite this aggressive move of CBE, however, private banks, especially the oldest ones, continued to expand their branches year after year but at slower rate, which is a reflection of their smaller size and ability as compared to the state owned banks.

Awash International Bank (AIB), the first private bank in Ethiopia after the re-endorsement of establishing private banks in 1991, also underwent the same road as the youngest private banks but at higher cost.

The Bank opened 35 new branches since July, 2013, raising the total branches of Bank to 150 as of June 30, 2014. Established in 1994, Awash’s office rent expense climb to 45.2 million birr last fiscal year, showing a 29.9Pct increment compared with the previous fiscal year. Since Awash is a big bank with an assets worth of 14.4 billion birr as of June 2013, its office rent expense accounts only for 5Pct of the total expense but 26.7Pct of the general and administrative cost. The same goes for Dashen Bank. In 2012/13, Dashen spent 49.6 million birr for office rent.

Banks such as Awash and Dashen are trying to cope up with the increasing cost of office rent by constructing their own buildings.

“Based on the bank’s five years strategic plan, we are investing massively to construct our own buildings in order to ease problems related with office rent,” says Tsehay Shiferaw, president of the Bank. Indeed, as the first private bank to construct its own 18 storey headquarter, Awash currently owns an eight floor building in Adama Town, four storey buildings in Agaro and Gimbi towns as well. It has also G+1 buildings in Jimma.

The Bank is currently constructing various buildings both in Addis Ababa and regional towns. Accordingly, a 10 storey building around Balcha Aba Nefso Hospital in Lideta District in Addis Ababa is under construction. Along with this, necessary preparations are under way to commence construction works of a seven storey complex of Bulbula building in Addis Ababa in front of St Joseph Church in Nefas Silk Lafto District and a six storey complex building at Hawassa. The Bank also purchased a four storey building in Harar. This, according to the president, helps the Bank to reach out its customers and reduce the unjustifiable rental cost banks incur these days. Besides these benefits, Awash collected 1.6 million birr in 2012/13 by renting out part of its buildings.

On the investment front, Dashen Bank, which was established 18 years ago, has also come a long way. To date it has 16 buildings of its own throughout the country. More than 10 of these buildings are found in Jimma, Woldia, Wolaita, Hawassa, Adama, Bahirdar, Dila, Bedele, Debrebirhan and Gondar. It has also acquired three buildings in Addis Ababa, which houses its Piassa, Tana and Kera area banks. It has also an acquired building in Harar.

At the moment the Bank is undertaking construction of four other buildings in Addis Ababa and two other in Dessie and Arbaminch. Its 18 storey headquarters is also at finishing stage. It is not only the long established banks that are trying to construct or acquire their own buildings. Oromia International Bank, one of the youngest banks established in 2006, purchased a 13 storey SA building located next to Getu Commercial Centre on Africa Avenue last year.

“Branch expansion is surely a costly vehicle for conducting banking business currently,” says Temesgen Hailu, a financial consultant who runs BET Consulting Plc. Indeed, the lease price of space in commercial buildings has shown a significant increase over the prices of the previous fiscal year. In the past, rental prices used to increase between 5Pct and 10Pct annually. However, currently the rate of increase is above 25Pct in some cases he said.

Rental prices in commercial buildings not only differ between locations but also between floors in the same building. Aberus Complex located around Olympia in Africa Avenue charges relatively lesser price for the building since it has parking space problem when compared to other buildings in the area. Yet, the Construction and Business Bank (CBB)’s Olympia branch located in the ground floor of the Complex has been informed by the building administration that rental price would increase to 450 birr a square meter recently. This is 69Pct higher than the existing 268 birr per square meter.