Myth of rising poverty in Africa 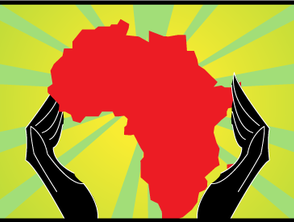 What was interesting in Okidegbe’s response was his argument that 100m Nigerians could not be living on less than US$1.25 per day (roughly 200 naira) as this level of income is barely enough to enable an individual buy a loaf of bread in many parts of Nigeria. Furthermore, he noted, the fact that about 112 million Nigerians are active mobile phone subscribers suggest that this is not home to 100 million destitute people. To buttress this point, a recent survey by Abuja-based NOI Polls reported that about 80% of Nigerians spend at least $1 a day on food. All this indicates that the depressingly high poverty figures that the World Bank and other international development agencies publish for Nigeria do not tally with prevailing conditions in the country.

The World Bank appears to have realised the error in its presentations of poverty in Nigeria. In its Nigeria Economic Report for July 2014 the bank submitted that poverty levels in Nigeria have probably been over-estimated, and this has been mainly due to faulty data produced by the National Bureau of Statistics (NBS), a Nigerian government agency. The report explained that the latest NBS poverty estimates were based on a 2009/2010 national household survey that probably underestimated consumption levels in the country. Using data from two subsequent surveys, conducted in 2010/2011 and 2012/2013, the bank calculated that the poverty rate in Nigeria fell from 35.2% in 2010-2011 to 33.1% in 2012-2013. This is significantly less than the 62% poverty rate derived from the unreliable 2009/2010 household survey. The World Bank report concluded that 58 million people in Nigeria live in extremely poverty – not 100 million as earlier claimed by the head of its mission in the country.

Nonetheless, international organisations such as the United National Development Programme, continue to publish data claiming that about 100 million people in Nigeria are acutely poor. Even the World Bank in its Global Monitoring Report 2014/2015 published in early October 2014 stated that 10% of the estimated 1.01 billion people in the world living on less than US$1.25 a day are to be found in Nigeria. Some readers may think that it does not matter much whether the number of extremely poor in Nigeria is 100 million or 58 million or whether the rate is 62% or 35% – clearly poverty remains a major problem in the country, regardless.

It certainly matters whether the poverty level is closer to 100 million or nearer 58 million The 42 million difference is greater than the combined population of at least nine countries in West Africa. Overstating poverty in Africa’s most populous nation by such a large amount clearly has implications for the accuracy of poverty figures published for the continent. Deduct 48 million from the 415.4 million people that the World Bank reckons were extremely poor in sub-Saharan Africa in 2011, we are left with 367.4 million, which suggest that the region did not have the highest number of acutely poor in the world, as claimed in the bank. In South Asia 399 million people lived on less than US$1.25 per day.

The fact that penury is actually falling in Nigeria does not mean that poverty is not a major issue in the country. It obviously is. If we use a global US$10 per day per person at purchasing power parity as the income/expenditure threshold to enter the middle class, at least 95% of Nigerians exist at some level of poverty. But as high as this is, poverty has been falling. Judged by today’s living standard the poverty rate in Nigeria half a century ago was probably over 99% and vast majority of the population were extremely poor.