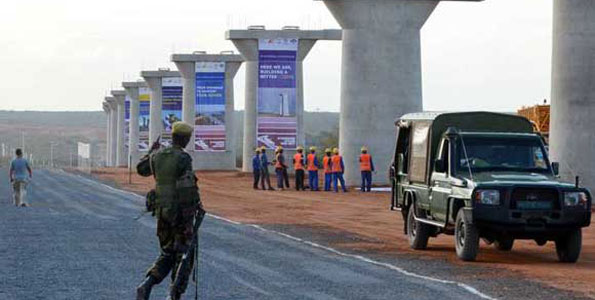 Kenya’s economic growth could be the highest in sub Saharan Africa over the next 15 years according to a new World Bank report.

The Bank’s half yearly Pulse report on the African economy said that Kenya’s growth should remain “robust” at around 6.2 per cent until 2030, well above that of many other African economies who will suffer from China’s economic slowdown and restructuring away from foreign investment and towards domestic consumption.

In the shorter term, neighbours Tanzania and Rwanda are set to see even higher growth at over seven per cent of GDP along with Cote d’Ivoire, Ethiopia and Mozambique over the next three years, spurred by investments in energy and transport, consumer spending and investment in the natural resources sector.

But there remains dark clouds on the horizon including widening public sector deficits, growing debt levels and the continuing decline in commodity prices, particularly coffee which has seen a 25 per cent fall over the past year.